Help us restore this natural treasure! 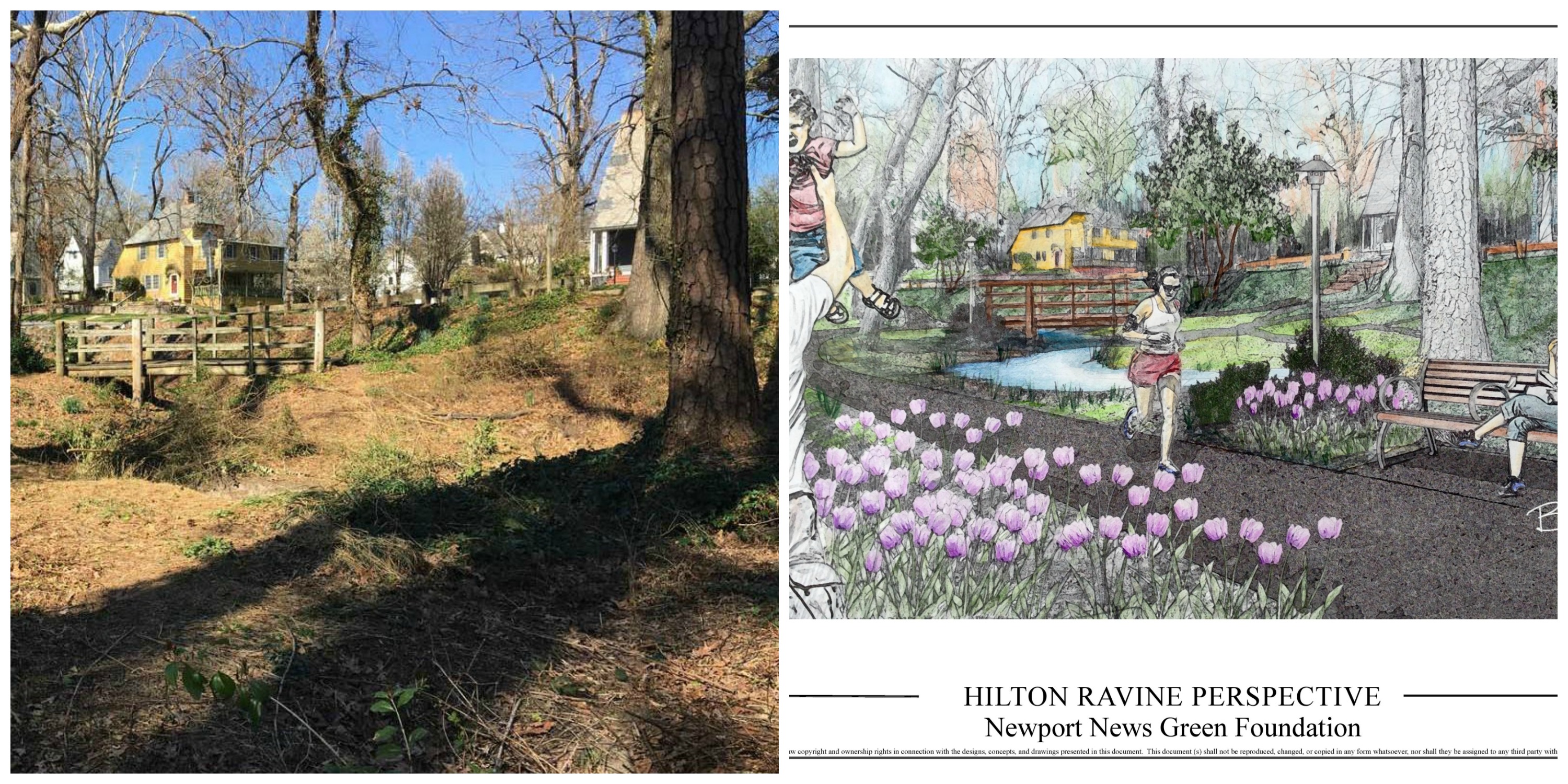 The Hilton Ravine is a pocket park located in the neighborhood of Hilton Village in the City of Newport News. Owned by the City of Newport News, but maintained by the Newport News Green Foundation, the Ravine is characterized by large storm water outfalls that collect water from the surrounding neighborhoods and deliver it to the James River located about 100 yards from the Ravine. In recent years, the City of Newport News has been working to upgrade the storm water system in the Greater Hilton area which included the upgrade of a storm water outfall in the North side of the Ravine. Unfortunately, due to the nature of the upgrade and of the equipment needed to complete the project, the landscape of the park on the North side was significantly changed. Several old growth trees, understory, and brush were completely demolished and the resulting landscape was barren.

In 2016, neighbors in the surrounding community formed the volunteer group Friends of the James River at Hilton Beach (“Friends”) to advocate for the restoration of the Ravine. In 2017, the Newport News Green Foundation partnered with this group and the City of Newport News to officially take on the responsibility of the restoration and long-term maintenance of the Ravine. Since then, the Foundation, in partnership with the Friends, has successfully worked to control invasive species of vines and weeds, return the Ravine to a useable state, and plant over 50 native trees.

Donate to this project

We have already accomplished so much in the Ravine, but we could do so much more! Your contribution will go directly towards the restoration of the walking path, educational elements, and continued plantings.

Learn more about the species of trees in the Ravine by going on our Scavenger Hunt. Click the button to download the hunt sheet!