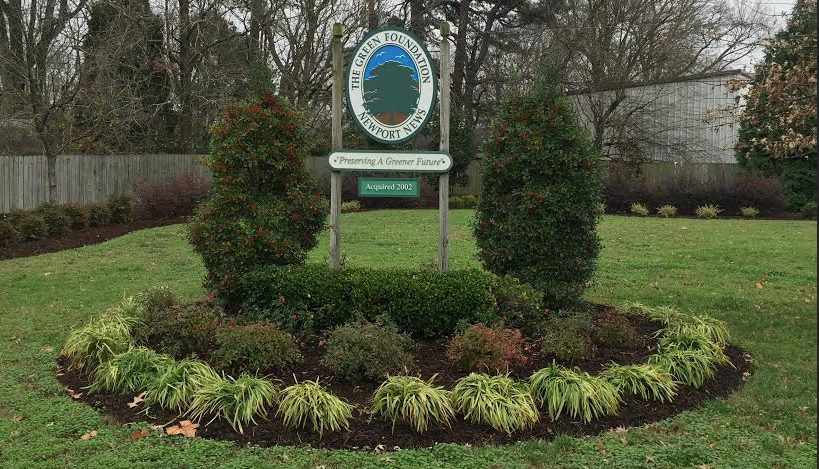 The Newport News Green Foundation was established by resolution of the Newport News City Council in June 1998, and became a separately charted nonprofit, charitable organization five months later.  The organization of the Green Foundation was prompted by Council’s awareness that urban development had changed the appearance of the city to the extent that landscaping needed to be reintroduced along the urban corridors and green spaces needed to be preserved in order to maintain and enhance the quality of life in the city.  In April 2001, the Foundation acquired its first property located at 10184 Jefferson Ave (on the southeast corner of Jefferson Ave and McLawhorne Dr, across from the Midtown Community Center).  Since then it has preserved over 26 acres of land in the city and made its most recent acquisition in June 2017 with the purchase of 1351 39th St.

1351 39th St sits on the Newport News/Hampton City Line and will be the first opportunity for the Green Foundation to explore the establishment of signature green gateways into the City of Newport News.  This will be an effort, on behalf of the Foundation, to make a mark on the city that provides a visual cue to citizens and visitors that welcomes them when they have crossed into the city.

Additionally, as the Foundation moves into its 20th year in 2018, it is looking to redefine its service to the city and citizens of Newport News.  While staying true to its mission to preserve green spaces, the Foundation is also exploring how it might provide the public access to touch and enjoy the natural spaces it maintains.  Its premier property, Chatham Trail (located at 401 Chatham Dr), is the Foundation’s first opportunity to not only preserve a green space, but also turn it into a useable space for citizens and visitors to enjoy.  With the assistance of the Chamber of Commerce of the Virginia Peninsula’s LEAD Class of 2013, who provided a site plan and community vision, the Foundation has installed a walking trail, benches, and a fountain on the property.  Making it the perfect place to exercise, walk your dog, have a picnic, or rent for a small event.  It is also the location of the Foundation’s signature fundraiser, Party at the Pond.